I’m in the process of updating the blog. Apologies if you receive strange emails: I’ll temporarily disable notifications until everything is back in action.

Edit: I’m off to Sydney so I’ll have to carry on with this when I get back on Wednesday.

Edit II: Well I’m back from Sydney — it was incredibly hot (42Â°C). I’ve made a start of the photo galleries but it’s going to take a while to sort through the thousands of badly-named images and put them into some kind of order. I’ll keep plugging away.

Edit III: I’m still going. Most photo galleries are now back in action.

Edit IV: That’ll do. If you come across anything broken/missing let me know. 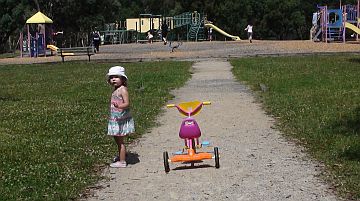 Happy Halloween, Merry Christmas, Happy New Year and all that. <:-p Apologies for the lack of posts over the past few months, but with Sara keeping everyone updated regularly via Facebook, I didn't think about the blog much. :">

However I realise a few of you, like me, don’t really bother with Facebook so here’s a summary of what’s been going on:

I’ve put together another video clip of photos taken since last time I blogged. Right-click and choose â€œSave Target Asâ€ on this link to download the movie (39 Mb).

A bit of feedback would be appreciated, to let me know whether people are still actually reading the blog. So please leave a comment if you’re still following this website, otherwise I’ll probably have to learn how to use Facebook instead. :-h