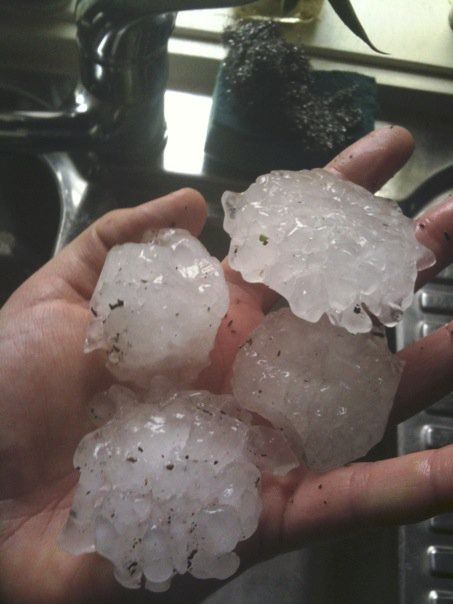 The past week has been a nightmare. ~X(

It started last Saturday when Sara came down with an inner-ear infection which made her nauseous and dizzy. Obviously that meant she couldn’t really drive anywhere, so it’s been a pretty tough week and Charlotte’s usual routine has been affected. The doctor prescribed something to control the main symptoms, but it hasn’t really cleared the underlying problem at all, so another appointment is needed next week. :-&

Work wise, without going into detail, it has probably been one of the worst weeks I’ve ever experienced. A new major “challenge” to deal with every day, all caused by external factors. Long hours for me, a unhappy team, lots of complaints from users and knock-on delays to other important projects. If that wasn’t bad enough, it’s a long weekend in Victoria — it’s the Labour Day public holiday on Monday — but we had a pre-scheduled IT maintenance day on Saturday which couldn’t be avoided, so it feels like we’ve missed out on the extra day’s rest x(

The icing on the cake, though, was the freak storm we had yesterday.

The weather was absolutely perfect as I was driving home from the office — 22 degrees, clear blue skies. I actually considered taking the roof off the Land Rover and taking Sara and Charlotte for a scenic afternoon drive out to Buxton. But almost as soon as I got home the clouds rolled in overhead, it turned pitch black and the heavens opened like I’ve never, ever seen before. Thunder, lightning, torrential rain and… hailstone.

When you hear people say “hailstone the size of golf balls” you take it with a pinch of salt, but I swear these ones were even bigger — well, just look at the picture above. The sound of them pinging off the roof was incredible, like a machine gun. %-(

Here is a youtube clip showing what it was like elsewhere in Melbourne — it was much, much worse where we live. We genuinely thought the house would be seriously damaged. :-ss

Once the main storm had blown over, our garden looked like someone had crumbled polystyrene all over it. We noticed that a huge gum tree had fallen down at the end of our street, landing on the electricity and telecommunications lines — our lights had flickered a few times during the storm but we didn’t actually lose power. We only lost cable TV and internet, fortunately. We drove around the corner to the CFA to let them know, then went to get some takeaway food. Driving around was surreal, the hailstone had washed gravel and stones onto the roads, shredded overhanging trees and damaged a lot of property.

This morning I checked the house and cars for damage. Except for the leaves and branches, the only visible damage is a couple of holes in the laserlite roof above the patio — not worth claiming on the household insurance, we’ll just fix it ourselves.

However… both our cars are now covered with dents from the huge hailstones. I’ve got a couple on my roof and half a dozen on the bonnet; Sara has about ten all over her Micra — it looks like somebody has been at it with a toffee hammer. A few neighbours are in the same boat and, unfortunately, the guy across the street might also need to replace the bank of solar panels he put on his roof just last week.

So, 2x insurance claims to make, 2x $500 excesses to pay, 2x repairs to arrange and 2x increased premiums next year. $-) 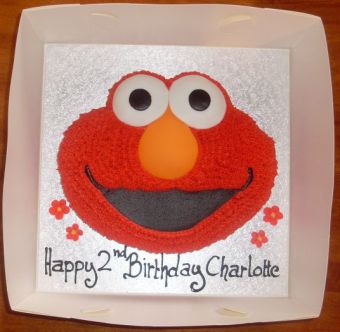 Charlotte is two years old today. <:-p To celebrate the occasion we hired "Croc's Play Centre" at Knox yesterday and invited around 20 of her little friends from her playgroup and Sara's mum's group. They all had a whale of a time on the climbing frames, slides, ball pools and bouncy castle. It was chaos! :-t We also had a fantastic Elmo birthday cake made by a local shop, which went down really well. (It came up well too, when Jack spewed up all over the floor!) :-&

Charlotte got loads of great presents — a pram (for Elmo), a doctor’s kit, a tea set, clothes, lots of books, play-doh, a drum set and a Wiggles guitar, to name but a few of them. :d

We took plenty of photos and video, so I’ve just thrown a short movie clip together. Right-click and choose “Save Target As” on this link to download the video clip (41Mb).