It’s been more than six weeks since the last proper blog entry, so I’d better do a quick catch-up post:

We’re now only two or three weeks away from the big event. :-ss

Sara is now having weekly checkups with either the midwife or her doctor in Boronia to make sure things are progressing smoothly.

Last week they had a bit of trouble deciding whether Boo Boo was the right way up or not. Although she’s been head down for weeks, they thought she might’ve changed positions because her heartbeat didn’t seem to be where they expected to find it. As a precautionary measure, they sent us for an extra scan.

Thankfully she’s the right way up and everything looks OK.

The images aren’t as good as the previous scan because there’s less fluid surrounding her than before. There’s not much room in there, but she looks quite comfy.

They took all the measurements (see 9:30 on the video) and were even able to estimate her weight. She’s quite small right now — which isn’t surprising considering Sara’s size — but she should gain a few more ounces on over the next couple of weeks.

Right, we’d better get the hospital bag packed in case she decides to make an early appearance. 😮

Edit: It’s been six weeks since I last blogged properly, lots has been happening. I’ll try my best to do a catch-up post in the next few days.

“OLDHAM is a backward-looking town where people are tightfisted and outsiders are not welcome, says a new report – comissioned by its own town hall.

Council bosses are spending Â£50,000 on re-branding the town, but first they wanted to find out how local people view it.” 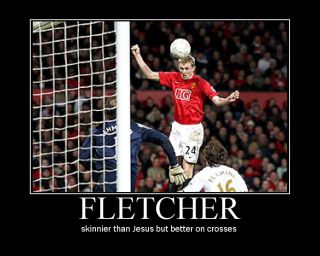