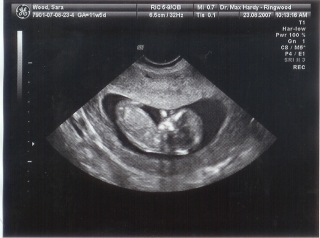 It’s official, we’re going to be bringing our own little Aussie into the world. We’ve just had the first scans and heard the woosh-woosh-woosh of the baby’s heartbeat. :d

“Sprog” “Boo Boo” is now minus six months old and measures 6.5cms. Sara is positively “glowing”… if “glowing” means puking up every morning and leaving me to do all the cooking and shopping. 😕

But we’re doing all the right things, reading all the books and websites we can lay our hands on. I’m now drinking for two. 😉

It’s all new to us but how hard can it be? (Except for the birth itself, which I believe might smart a bit). :-ss 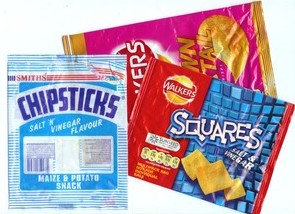 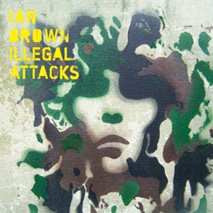 Following on from the previous post, I see that Ian Brown is due to release a new album next month. Blimey, it’s nearly 3 years since I blogged about his last Album, Solarized.

I caught his new single, Illegal Attacks (featuring SinÃ©ad Oâ€™Connor), on XFM the other day. There’s a preview of it on his website and the full version can be found online without too much trouble. 😉

Being utterly apolitical, I’m not usually a fan of songs that try to push a strong view but, just as a single, it’s a corker. 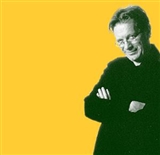 Founder of the Factory Records label, he introduced bands such as Joy Division, New Order and The Happy Mondays. In a career spanning over 30 years, he was also responsible for giving UK debuts to acts such as The Sex Pistols, The Jam, Elvis Costello, Madonna, 808 State, James and The Stone Roses. Co-owner of the famous HaÃ§ienda Club and Dry Bar, he helped put Manchester on the map.

In recent years he was best known as a journalist, reporter and TV presenter. Often controversial, never shy to give his opinion, always pro-Manchester. He was also a staunch United fan, regularly seen at Old Trafford.

Now would be a good time to re-watch 24 Hour Party People and raise a glass to Mr Madchester.

Edit: I also see that Control, the movie about Joy Division’s Ian Curtis, is also due for release next month.