This weekend we’ve been out to celebrate our new jobs. It’s nice to be earning again. $-)

On Friday evening, straight after finishing work, we walked to our nearest pub — Club Kilsyth — for a few drinks. Unlike a traditional British Pub, it’s a large entertainment complex with separate “wings” for the restaurant area, members’ bar with nightclub, and gambling areas (horse racing and fruit machines). There’s one of these type of places in most suburbs. :-??

As guests we weren’t allowed access to the members’ bar/club, which looked quite nice, so we had the choice of the restaurant bar or the “pokies” area. We chose to sit outside, enjoying the last hour of sunshine in the smokers’ area adjacent to the pokies. It all reminded us of childhood holidays to Pontins or Butlins, where as kids we were left to our entertain ourselves in the amusement arcades.

The draught “Beez Neez” wheat beer was excellent, so we sat watching the locals shovel their wages into the machines for a few hours and then shared a half-and-half pizza on the walk home. Although we thoroughly enjoyed our first proper evening out for over four months, Club Kilsyth seemed a bit soulless. We definitely prefer the old fashioned pub atmosphere of the Oak Tree Tavern, but that’s at least half an hour further to walk. #:-s

On Saturday night we went out in search of a good curry. We had a nosey at several restaurants in Belgrave and Tecoma before deciding on the Shiraaz in Upper Ferntree Gully, which Andy and Johanne have said is quite good.

We turned up fairly early without a reservation and perused the menu over a bottle of Kingfisher — so far, so good. As those of you who have seen me demolish a “Phall” in Oldham will know, I like my curries very spicy and I’m always careful to avoid restaurants that sling coconut or almonds into dishes that are supposed to be fiery. I was quite surprised to see an Indian restaurant offering pork dishes though. 😮

Sara opted for a mushroom Jhalfrazi, which wasn’t actually on the menu but they were happy enough to make it, and I ordered a Prawn Vindaloo (with knuckle-sized Tiger prawns). We didn’t bother with starters but had some poppadums which came with a couple of unidentifiable-but-nice dips rather than the familiar red onions and mango. The main courses were truly excellent though — the basket of crispy, buttery garlic naan bread was the best I’ve had anywhere. :@)

Our only complaint, if we were being really picky indeed, was the speed of service but that was understandable due to the number of people ordering and collecting takeaways — it’s clearly a very popular place on a Saturday night. We’ll definitely be going there again, although we’ll try out the competition too in coming weeks. 🙂

Today we’ve just recharged our batteries, reading in the garden whilst listening to UK radio. A barbecue tonight — probably our 30th one since arriving — and then I need to get myself organised for a work trip to Sydney tomorrow morning. (:|

I picked up my new car last night. b-)

I’ve always wanted a Land Rover but couldn’t really justify having one in the UK because I’d never get to use it off-road and it would be expensive to run. Over here, where there are plenty of unsealed roads and beaches to drive on, I can get away with it. 😉

I spent a few days last week searching around car dealers, test driving a few Discoveries, but found this one at a really good price. It’s a Freelander ES Soft-Back. I wasn’t really looking for a convertible model, but when I saw it I thought “why not”? :d

With petrol costing around Â£0.41 per litre, the 2.5 litre V6 engine isn’t going to break the bank. It makes a nice change after being squished into Sara’s tiny clown car for the last few months. :o)

Edit: I’ll take some more pictures of it with the top down once I’ve figured it out.

We’re both exhausted after the first week in our new jobs — returning to the daily grind is a bit of a shock to the system when you’ve had such a long break. #:-s

Although we’ve thoroughly enjoyed our time out since arriving in Australia, you can definitely have too much of a good thing. It’s really nice to be out and about again, interacting with people and thinking about real things. Not to mention earning some money, after living on savings for 4 months. $-)

We planned to celebrate by going out on Friday night, but we were shattered so just had a couple of drinks at the pub and then grabbed a takeaway. Today has been really busy too, so we’ll save our celebrations for another time. We have, however, been shopping this afternoon and treated ourselves to goodies that were normally off limits on our tight weekly budget. :d

Travel arrangements have been quite tricky this week. Although we both work within 10kms of home, we travel in opposite directions to get to work so it’s been difficult managing with one car. Rather than setting off really early and dealing with the busy morning traffic twice, I’ve been dropping Sara off at Bayswater station and she’s been getting the train to Ringwood — it’s only two stops away. After work I’ve been picking her up but, because I don’t finish at a fixed time, she’s been hanging around waiting for me. It would be much easier if we had two cars. :)>-

Edit: We’ve sorted that situation out today, I’ll blog about it separately later in the week. :d

Unfortunately I’m unable to blog any details about my new job because of the nature of the business and the terms of my contract. All I can say is that working in such a focused business environment is a real breath of fresh air and I’m looking forward to the challenges ahead. I’m buzzing at the moment, constantly learning about the technical and production environments. Things should settle down next week, especially once I’m able to remember the names and faces of everyone I’ve met so far. #-o

Well, being a “house husband” didn’t last long, did it? I barely had time to sit down and watch Oprah and Dr Phil, never mind tidying the house. 😉

I’m the new I.T. Manager for a large German-owned company who manufacture Chip-and-Pin bank cards and mobile phone SIM cards. I’ll be responsible for network links to a number of high-profile customer sites, as well as looking after the I.T. facilities at Melbourne, Sydney and Fiji. I start on Thursday morning. :d

Our long holiday is now officially over. Sara’s got a job!

After watching me apply for literally dozens of jobs over the past four weeks and go through the ordeal of about 10 interviews all over Melbourne, it was typical of Sara to fire off a single application last Wednesday, have an interview on Friday and today find out that she starts on Monday. (*)

The company, MEGT, is one of Australia’s largest training organisations. The job is based in Ringwood, about 10 minutes away. It sounds very similar to Sara’s previous job at Oldham Chamber.

So, unless I hear soon from one of the companies who have interviewed me recently, I’ll be a “house husband” from Monday. I really don’t fancy that much at all — I know what will be expected of me. :-@

We haven’t decided what to do yet, but we’ll certainly be celebrating tonight. <:-p

Held on the first Tuesday in November, the Melbourne Cup is Australia’s most famous horse race — as big as the Grand National in England. Advertised as “The Race That Stops A Nation”, Melbourne Cup Day is a public holiday here in Victoria. :d

This year we went to Johanne’s friend’s house in Ferntree Gully where we mingled around the barbecue with lots of other ex-pat Brits who live locally. It was nice to be out socialising.

We entered the $2 sweepstake, drawing the third-favourite horse, Railings, from the hat. At 3 o’clock everyone settled around the big screen to watch the race. =d>

We might try to get over to Flemington Race Course next year to watch it from the stands. 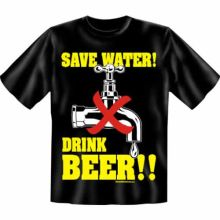 Melbourne’s water authorities have today introduced Stage 2 Water Restrictions due to below average rainfall and the prolonged period of dry weather. #:-s

This means that even though our lawn is already starting to turn brown, we are no longer allowed to water it. We can still water the flower beds though (but only after sunset, on alternate days). It’s now illegal to hose down driveways, paths and paved areas and we can only wash the car using a bucket or jet-wash. [-x

Some rural parts of Victoria are really struggling with the drought and have already implemented strict Stage 4 measures because their reservoirs are so empty.

It really makes you think seriously about including rainwater tanks, “grey water” recycling systems and other water efficient devices when buying or building a property. =:)